Think about Hybrid Battery repair instead of buying a new one .

“Go Green,” seems to be the motto of this generation. With gasoline reserves fast depleting and pollution levels reaching alarming proportions, car manufacturers as well as owners are looking for alternate fuel sources.

The solution to all our environmental woes seems to be electrical and hybrid vehicles which are environment-friendly and are also significantly cheaper than the standard vehicles. These hybrid vehicles run on power generated by a combination of the regular gasoline engine and a battery operated electric motor.

The gasoline serves dual purpose – it propels the car at the same time it charges the batteries too; in fact, even when you brake the motor gets charged. This is an advantage the hybrid cars have over electric cars which need to be plugged in to charge.

A battery which charges without been plugged is surprisingly no different from the standard car batteries but for the fact that it can be recharged and it has the capacity to move even a large vehicle for a few miles. Nickel-Metal hydride (Ni-MH) batteries are the most commonly used hybrid batteries. (1)

NiMH batteries are individual cells which are packed together. They come in the regular battery sizes of C and D and to some extent Sub C or F.  Each cell is 1.2 Volts thereby making a pack of 20 cells a 24 volt powered battery.

These batteries are moderately priced and have a higher energy density when compared to the lead-acid batteries. On the flip side they have a greater self-discharge rate as a result when left unused they are depleted of charge. Their battery life is severely hindered by repeated rapid power bursts too.

How to charge your Ni-MH batteries

With proper charging your hybrid batteries last longer and work more efficiently and require fewer repairs. Ensure that you follow the steps below

In normal circumstances , a hybrid battery is supposed to last the life of the car and yet under certain circumstances the batteries need to be repaired and in some cases be replaced even. Sometimes the below factors plays a role in affecting the performance of hybrid batteries:

When your engine runs constantly even when it should ideally switch to the electric motor and the fuel economy drops drastically, you will know that your battery needs a checkup and repair.

READ MORE : How to repair , recondition your hybrid battery

Most often if it is an individual cell fault it can be replaced by a new one bought at a reasonable price either locally or via internet. Replacing a new battery that has malfunctioned does not reduce the capacity or the lifecycle of the whole pack but that is not the case with an aged battery. In an old pack it is always advisable to replace all cells and never mix old and new cells.

The good news is that the cost of repairing hybrid batteries has come down and in fact many mechanics state that repairing the batteries is a more reliable and cost-effective action when compared to total replacement.

If your car doesn’t start after been left unused for several days, the first thing you should do is to put it on trickle charger for a few days till the charge is complete.

All hybrid cars operate at very high voltage and hence it is never a sane idea to repair the battery yourself unless you are certified technician. A hybrid repair shop will subject the battery to reconditioning. It is believed that reconditioning improves the performance of the battery by almost 95%.

During reconditioning the trained technician will remove the NiMH battery pack from the vehicle and assess the condition of the battery and accumulate data for analysis and diagnosis. Depending on the results the battery is exposed to a controlled charging and discharging session which will increase the power of each battery module.

A NiMH battery can be conditioned many times without any deterioration of the capacity the battery pack. If you want to recondition your battery & save thousand of dollar costs on new batteries , we recommend you to have a look at : THIS COURSE .

In conclusion it is always advisable to drive your hybrid car a couple of blocks around at least once a month if not more. Make sure all the gears and brakes and all accessories are been used. Try to vary your speed while driving to ensure that gasoline engine and the electric motor are both of them working.

The longevity of a hybrid battery is still questionable though with each passingday there is enough evidence to support the manufacturers’ claims that these batteries do last a lot longer than the traditional batteries; in fact they last almost 180,000 miles on an average. Hybrid cars are definitely the future. 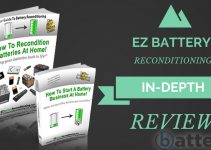 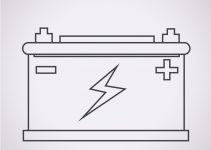 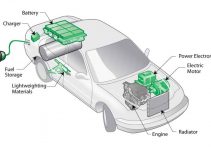